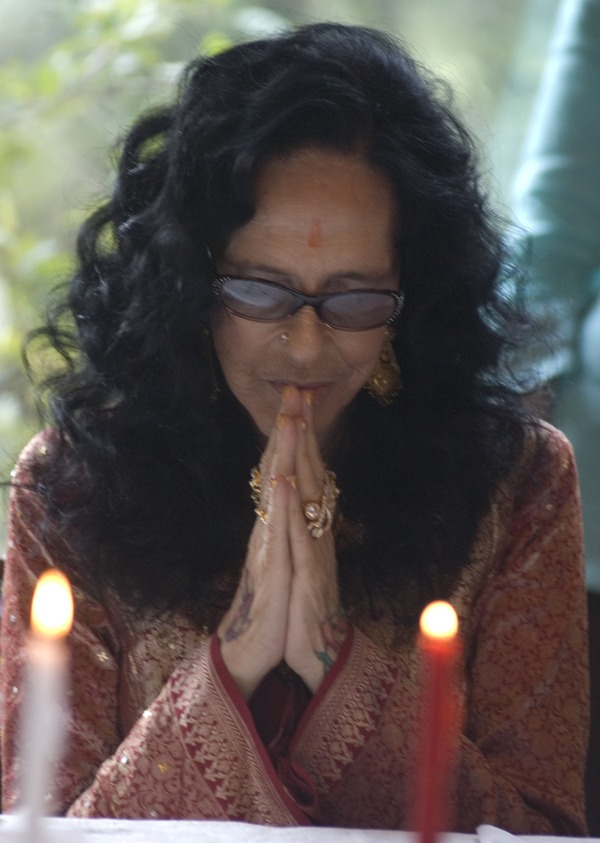 Ma Jaya Bhagavati (Joyce Green), leader of Kashi Ashram, died on April 13, 2012 at her ashram in Roseland, Florida, after having been diagnosed in January with pancreatic cancer.

Born on May 26, 1940, Joyce Green Difiore was a quiet Jewish housewife in Brooklyn, New York, married to an Italian American Roman Catholic and with three children. In 1973 she had a vision of Jesus Christ,to which later were added visions of the recently deceased Indian master Neem Karoli Baba (?-1973). Under the name of Joya Santanya, Green became quite popular in New York New Age circles, divorced her husband and started a complicate and controversial spiritual and romantic relationship with psychologist Ram Dass (Richard Alpert), himself a pupil of Neem Karoli Baba. The relationship ended under a storm in 1975, when Dass claimed that Joya's extraordinary phenomena, which he had enthusiastically endorsed, were actually frauds.

In 1976 Joya left New York and moved to the Indian River Ranch in Florida which is now Kashi. In 1980 she married Korean-born Soo See Cho, a tae kwon do athlete. Under the name of Ma Jaya Bhagavati, Ms. Cho built Kashi Ashram as a community of several thousand followers, including folk singer Arno Guthrie, and became famous for her work with dying AIDS patients. The community was not unanimously popular, however, and anti-cultists and others filed several legal actions against Kashi, the most bitter being the case started in 2000 by former Kashi spokesperson Richard Rosenkranz. Ma's followers, on the other hand, continued to testify about her remarkable powers and several miraculous phenomena.

On a personal note, I met Ma in Los Angeles several years ago with my colleague J. Gordon Melton. While strongly disagreeing with her theology, I was quite impressed by her ability to tell me where I had been, and even what I had thought, in the hours immediately preceding our meeting, which was arranged at the last minute and without previous notice. As far as phenomena are concerned, she was indeed a remarkable woman.